Travel the World & More Remote Learning Opportunities From Your Couch

COVID-19 kept the majority of people home. Not only were schools, social events, sports all cancelled or moved online, many of people’s travel plans were postponed and or revoked. Whether visiting family in another state or looking to visit a famous landmark, so many of us have been homebound these past months.

I have found how a way to travel the globe without leaving my house. In fact, I have had the opportunity over the past four months to attend cooking classes, virtually walk the streets of London on a Harry Potter tour, participate in art and history lectures, and even listen to conversations with internationally acclaimed designers, writers, and health experts. I learned to make gnocchi with a chef in Italy and tagine cooking in Morocco. I made steak and frites and traveled to Brazil to watch a chef demonstrate classic Brazilian  cooking.

Indagare is a travel company and their mission is to inspire and empower people to change their lives through travel. When the pandemic hit this travel company created a global classroom hosting virtual travel and exploration for all.

This week our excursions include virtual adventures from Ancient Egypt and Rome to the worlds of Marie Antoinette and Harry Potter. My daughter and I travel virtually, as well as bake and taste our way around the globe starting with a  backyard safari, a beekeeping and baking class, pizza-making, painting and photography lessons, among other activities.

After participating in a Lecture with Q&A: Contemporary Black Art in America I was introduced to amazing artists, some who I already knew and others I was enamored to learn more about: 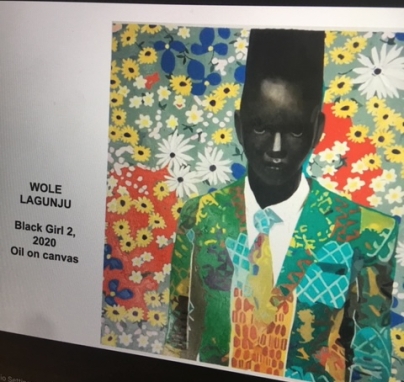 There is a lot talk about learning loss during COVID-19 but that does not have to be the case. So many companies like Indagare are providing free content for the public. You can take virtual tours of many museums that still remain closed. Multiple museums are offering online lectures and Zoom conversations with authors, artists, and historians like The Jewish Heritage Museum in New York and the Gilder Lehrman Institute.

Many of the workshops provide follow up materials and web links for further interest. For example, I attended Understanding Anne Frank with Teresien da Silva, presented by the Museum of Jewish Heritage which provided a recording of the program on their YouTube channel. Additionally, a few resources that may be of interest were shared:
As well as some recommended reading:

If you are like me with an appetite for learning, travel, and enhancing your mind, body, and spirit there are so many valuable virtual experiences for everyone. If you are looking for more options, also consider:

Response to Social Injustice and Hate

The death of George Floyd is a tragic reminder that none of us should ever sit idly by and allow hate, discrimination, and violence to infect our society. As we have witnessed in the days since his death, people across our country are angry and frustrated.

The Jewish Heritage Museum in New York City shared the following, “In the words of Elie Wiesel: “We must take sides. Neutrality helps the oppressor, never the victim. Silence encourages the tormentor, never the tormented. Sometimes we must interfere. When human lives are endangered, when human dignity is in jeopardy, national borders and sensitivities become irrelevant. Wherever men and women are persecuted because of their race, religion, or political views, that place must – at that moment – become the center of the universe.”

“…your Petitioners apprehend that they have, in common with all other Men, a natural and unalienable right to that freedom, which the great Parent of the Universe hath bestowed equally on all Mankind, & which they have never forfeited by any compact or agreement whatever—But they were unjustly dragged, by the cruel hand of Power, from their dearest friends, and some of them even torn from the embraces of their tender Parents—from a populous, pleasant and plentiful Country—& in Violation of the Laws of Nature & of Nation & in defiance of all the tender feelings of humanity, brought hither to be sold like Beasts of Burthen, & like them condemned to slavery for Life…In imitation of the laudable example of the good People of these States, your Petitioners have long & patiently waited the event of Petition after Petition by them presented to the Legislative Body of this State, & can not but with grief reflect that their success has been but too similar—They can not but express their astonishment, that it has never been considered, that every principle from which America has acted in the course of her unhappy difficulties with Great-Britain, pleads stronger than a thousand arguments in favor of your Petitioners…whereby they may be restored to the enjoyment of that freedom which is the natural right of all Men—& their Children…”

That plea is from 1777. It brings attention to the historical context of racism throughout American History. Protest and civil rights started way before the 1960s. Our students need to understand that.  Jason Reynolds and Ibram X. Kendi’s book Stamped: Racism, Antiracism, and You is a powerful book that examines the history of racism from the very first racist to the hate speech and racist stereotypes that permeates social media today. It will be the Global Read Aloud this upcoming October and is a book that every teacher must read. Stamped is one of many young adult books that be a catalyst for conversations about race, history, and hate. NCTE provides resources for your classroom in teaching Stamped including “Qualities of Anti Racist Curricula,” book lists, and a recording of the webinar with Kendi and Reynolds discussing their book with NCTE members.

Lucy Caulkins and the Teachers College Reading and Writing Project wrote in a statement about the current climate in our nation how to embark in conversations with students. She quoted Legendary basketball player, author, and activist Kareem Abdul-Jabbar who said, “Racism in America is like dust in the air. It seems invisible — even if you’re choking on it — until you let the sun in. Then you see it everywhere. As long as we keep shining that light we have a chance of cleaning it wherever it lands.” Caulkins continued to write, “Your conversations with students, the language and lenses you provide, let the sun in, illuminating injustices and making it possible to work toward better days ahead.”

Black lives matter now, and have always mattered. I am committed to anti-racism, respect, and love of ALL. I will continue to fight illiteracy and do my part to make the world a better place.